The biggest dilemma you’ll face when shopping for DJ gear is whether to buy vinyl turntables or CD decks (or to go for another kind of digital setup). The choice you make will in turn determine what music medium will dominate your music collection.

To start off, here’s a simple truth that will be central in helping you resolve the analog vs. digital problem. The crowd on the dancefloor couldn’t care less where the sound comes from: vinyl turntables, CD players, your iPhone, laptop or a reel-to-reel tape deck – as long as you’re playing quality music that makes them dance!

After you grasp this simple fact, it becomes clear that the most important factor in making a choice between vinyl and digital media is what works better for you the DJ. What’s easier to buy, vinyl records or digital file downloads? What’s more convenient to store and carry around? Which medium gives you more creative freedom? Which one offers better sound quality?

One CD holds 2.5 to 3 times more music than a 12” single. It’s also considerably lighter and smaller (they called it “compact disc” for a reason, right?). This difference becomes very tangible after you schlep a box full of records to a party and back. I guarantee that you’ll soon wish that you were that guy with just a CD wallet and headphones on his hands.

Things hardly get better after you become famous. You now have to haul your precious plastic through airports. Worse yet, occasionally you may be asked to check in your records, which is begging for them to be damaged or stolen. On the other hand, a CD wallet or case fits in overhead compartment easily. And if the unlikely happens and your CDs get damaged, you still have all your tracks on your laptop (well, I hope so).

Last, the playing of a record is a mechanical process. This means that the record and the stylus are slowly worn out. Also, to ensure consistent sound quality and the longevity of your records, you have to regularly clean them to remove the dust and the dirt that accumulate. (The needles need to be cleaned, too.) And I’m not even going into the bass feedback problem in clubs and open-air gigs.

I have a lot of records with me, no vinyl though. It’s not a matter of convenience, it’s just that vinyl is so outdated nowadays. I can make a track in my hotel room today, and play it for the crowd tomorrow. That never happens with vinyl. I played a lot of acetates at the end of my vinyl period—I used to make tracks and get them pressed in four or five days—but the quality was always so bad and they would skip all the time. The vinyl days for me are over. I still buy vinyl, but only albums, and just to play. For DJing, vinyl is a nightmare.

This argument goes back to 1980s when the CD was first introduced. There are folks who claim that vinyl records sound “warmer” and “richer” than digital audio. Their (no less reputable) opponents dispose of those claims as popular myths. Whatever the case may be, it’s safe to assume that for a dance record released in the past couple of decades, a digital master was used anyway. This kind of makes this whole argument irrelevant.

Note: In the above paragraph, I’m talking about true CD quality (or uncompressed WAV sound). MP3s are a totally different story because MP3 is a lossy compression format where sound quality deterioration is inevitable. On the other hand, in properly conducted tests, most people can’t hear the difference between a CD (or a WAV file) and a good 192 kbit/s MP3.

Vinyl continued to be the medium of new dance music releases long after CDs became mainstream. No wonder, since it took manufacturers almost 20 years to release a digital deck that would allow DJs to manipulate a CD in much the same way as they would a vinyl record.

Several years ago, it finally became common for dance music to be released as digital downloads alongside the vinyl. Moreover, the labels started digging into their back catalogs to offer older tunes for download as well.

A new 12-inch single, which typically has 3 to 5 remixes of a track, costs in the neighborhood of $10-12. As MP3 or WAV downloads, those same tracks can often be purchased for $1.50 to $2.70 a piece. So not only are digital downloads generally cheaper, they also allow you to only buy the remixes you’re interested in. That alone can save you a lot of money in the long run.

Also, when dealing with digital music, you can have the song within seconds after buying it. Not so with vinyl. Unless you have a dance record store in your city, you have to have the records mailed to you, which takes extra time and cash.

That said, bear in mind that there are lots and lots of old vinyl albums out there that may never make it to digital music storefronts. It’s in that dusty pile that you may discover that 1975 gem that will blow up your dancefloor. Keeping an open mind towards vinyl helps you appreciate music and educate your crowd better. 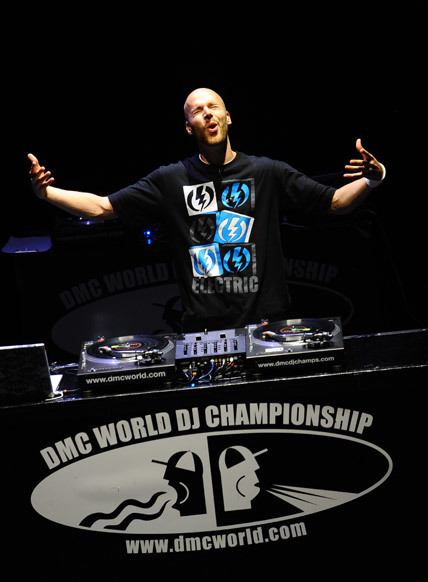 The 2011 DMC DJ Championship was the first one where DJs were allowed to use DVS like Serato Sound manipulation is the one area where vinyl has been an undisputed leader – until recently. With vinyl, you could slip-cue, beat juggle, scratch and do other cool tricks at your ghetto parties as early as in 1970s.

It was only in 2000s that the DJs obtained comparable level of control over digital sound. Pioneer CDJ-1000, released in 2001, was the first CD deck to emulate a vinyl turntable. DVS systems like Final Scratch (later followed by Serato and others) made it possible for you to use regular turntables and timecoded vinyl for mixing and scratching digital tracks that come from your computer.

While mixing CDs was possible before the advent of the CDJ-1000 or Final Scratch, it’s only now that even turntablists can safely switch to digital sound, and many of them do.

There’s an exception to every rule. Yes, the music that you play is much more important than the medium you play it on. Still, to a lot of people, a “real” DJ is someone who spins vinyl records, and you just can’t ignore that. The very fact that you bring a box full of vinyl to a gig suggests to them that a). You’re serious about your music because records cost more time and money to obtain, and b). Your set is going to be special because “anyone can download those MP3s.”

As digital DJing becomes more and more mainstream, with everyone from newbies to superstar DJs adopting it, the public opinion is bound to change. For now though, the special charm of traditional vinyl DJing can’t be denied.

To Sum It Up

Both vinyl and digital media have pros and cons to them. After reading this article, you may think that I’m a digital DJing fan boy, but I really am not: vinyl is still my medium of choice. It’s just that I think that progress is unstoppable and that vinyl will continue to lose its stronghold in the DJ community. A good DJ needs not worry about it, though; their main asset is their music taste and the ability to create the right vibe on the dance floor.

0 Replies to “CD and Digital Downloads vs. Vinyl”