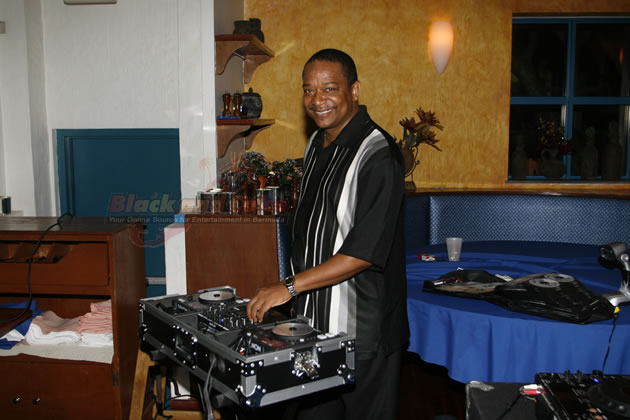 DJ Cavon was born in Bermuda (true Bermudian at heart) and currently resides in the Fort Lauderdale and South Jersey U.S.A., and works in Bermuda seasonally. His background undoubtedly supports his versatility and exquisite taste in music.

He possesses the stereotypical qualities of a DJ which are the good looks, charm and the ability to get a party jumping, but he also has STUFF some DJ’s don’t have which is mad talent and passion for music! He BREATHES music, THINKS music, TALKS music and madly loves music; unlike most DJ’s who take playing music as just a job and has no love for the game.

From the time DJ Cavon was a teenager he always listened to his Dad’s classic music of yesteryear. He was use to recording from an 8-track player, reel to reel and then to onto a tape cassette deck and now onto CD’s! & flash drives. (There are not many of today’s DJ can even say that who are still in the game). His Dad Ross Simons (deceased) was a well-known bass player, was from North Shore Pembroke who had a voice to die for.  He played bass and sang lead for several bands all over the island of Bermuda and people loved him for it. His nickname was “Happy”. His father also had a successful business as a plumber as well, which started out as “Doo All Plumbing” then he took over the business and renamed it “Top Rank Plumbing”

This was one of the things which got DJ Cavon into the entertainment business; he loved to see people having fun.  For an island that is approx. 24 square miles long and 1 mile wide at its widest point, you need to try to find ways to keep yourself entertained. DJ Cavon love entertaining and got the idea from his dad who passed away in February 2005. (RIP)

Back then DJ Cavon was only 15-16 years old digging out his Dad’s crates like the old Isaac Hayes and Al Green, Tom Jones, Frank Sinatra records and many other artists from the early 60’s, 70’s and 80’s. 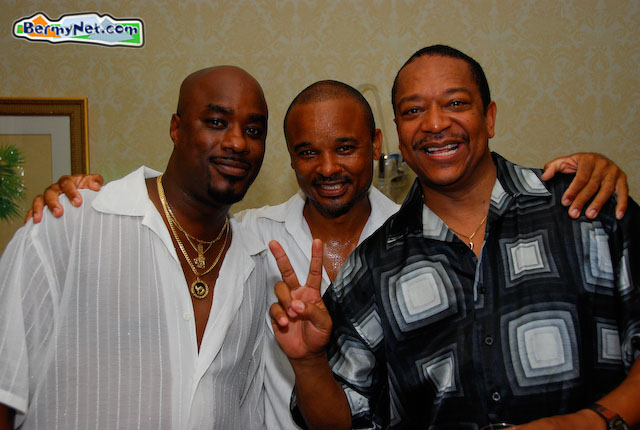 These where two Hot DJs… the upcoming  DJ Caspers (left) that looks up to DJ Cavon as one of the Best in The Island.  As well as DJ Youngals (middle) who  grew up listening to DJ Cavon’s music back in the day on his custom made cassettes tapes. Youngals got a lot of his style of playing music from DJ Cavon. His was very good on the mike (miestro) like DJ Cavon is himself. He has the gift to be a natural MC and knew how to motivate a crowd verbally and musically. He’s now a retired Disc Jockey and still to this day is always proud to be in the presence of a phenomenal person like DJ Cavon. 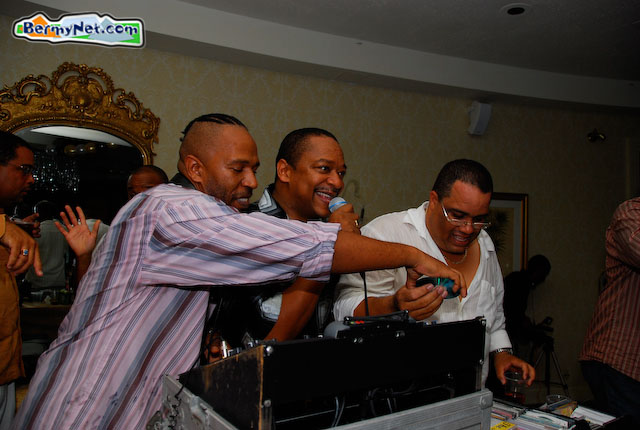 Radio Personality Radigun (left) from Power 95 FM alongside DJ Cavon (middle) with Double S (right)  DJ Cavon grabs the Mike and pumps up the crowd of 800 people plus at Jam Packed party  held at the Fairmont Hamilton Princess in Bermuda. 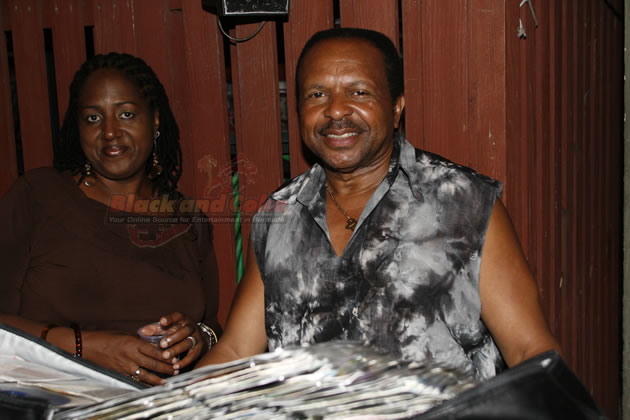 “If it wasn’t for DJ Cavon I wouldn’t have been one of the hottest DJ right now, nor even in the business on the Island of Bermuda. He introduced me to playing music. I was always look up to him and being the best ever on the island of Bermuda” DJ “Slick Vic” says in a statement.

DJ  “Slick Vic” (retired) and DJ Cavon are probably one of the hottest older DJ’s on the Island of Bermuda right now to this day. Victor is not just appreciative of DJ Cavon but they are very good friends as well and have known each other for many years (real friends). Victor has recently taking ill and not doesn’t play anymore.

Victor also played some of the hottest jams at Flavors Disco that rocked back in the day as well. It was prior to that, DJ Cavon convinced him to become a DJ.  Victor who had his own business once selling records and tapes etc.,  use to sell the latest records to Cavon when he was buying vinyl. Cavon convinced him to go Pro in Bermuda with his skills of knowing music so well that he could be a good Disc Jockey. Victor use to come to DJ Cavon’s house back in the day and they would challenge each other on mixing contest all the time right . They use to drop songs and say to each other “I better you can’t do better than that?”  They used to have DJ battles right at his crib… those were the good old days.

There are not too many DJ’s that can say they played music at Flavors Disco. Or evenn played any legit nightclub period. Ask anyone in Bermuda that is an older figure and they would tell you that Flavors Disco was the ultimate place to party & play music at, back in the day. There has not been a place like Flavors on the island since and will never be! People use to come there from all over the world. Flavors fell to the ground, lost it’s clientele shortly after DJ Cavon had left  Bermuda and moved to the USA to play music at the Speakeasy in Hollywood South California. Flavors couldn’t replace the talent of DJ Cavon and had close its doors because the clientele fell and business drop off drastically. DJ Cavon went on to live in the USA for over 30 years and has since become an American Citizen (dual citizenship)