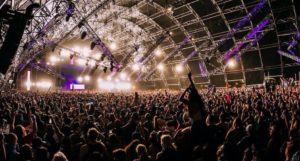 The Chainsmokers had been rumoured…

Eminem, Queen Bey Beyoncé, and R&B standout The Weeknd are reportedly headlining the 2018-iteration of Coachella.

Some early rumors had The Chainsmokers headlining the Indio, CA festival. However, that possibility now seems to be waning.

Formerly hosting the likes of Plastikman and Daft Punk, expectations are always high for a prolific dance music performance.

No other artists were mentioned in the headliner leak. The full line-up for the 19th-edition of the event is anticipated in January. Tickets will likely be on sale in early January as well.