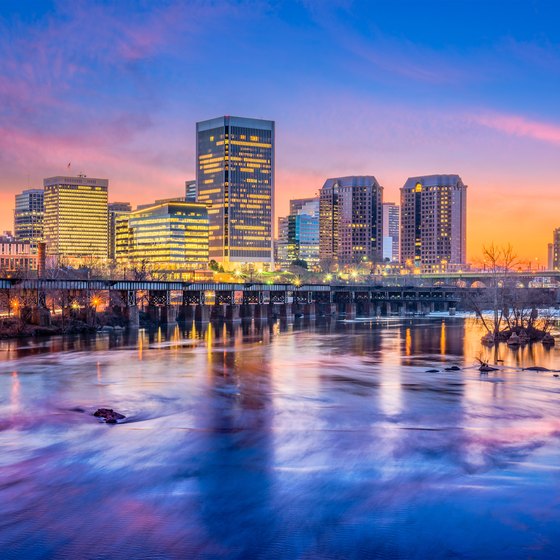 Richmond is the capital city of Virginia, and one of the oldest cities in the United States, having been founded in the mid-18th century. The city’s population was around 200,000 in 2011, but the surrounding suburban areas give the greater Richmond area a population of over a million. Students and adults alike patronize the city’s various hip-hop clubs and lounges.

On the Virginia Commonwealth University campus, hip-hop clubs cater to a young and student crowd. Club 534 (no website; 534 N. Harrison St., Richmond, VA; 804-353-9670) serves up traditional American food together with the music, and is open until 2 or 3 a.m. every night apart from Wednesday. Club Xscape (xscapenightclub.com) was formerly known as Hyperlink, and also serves food until late. VCU has two large campuses near the center of Richmond, and is home to some 32,000 students.

Have A Nice Day (no website; 11 South 18th Street, Richmond, VA; 804-771-1700) is right near Richmond’s central Main Street railway station. The club caters mostly to a young, hip-hop-loving crowd. Element Lounge (elementloungeva.com‎) has regular drum and bass nights as well as hip-hop evenings, and some nights ladies get free entry to the club.

Richmond is easily accessed by road, lying some two hours’ drive south of Washington, D.C. on Interstate 95. The Main Street station is Richmond’s secondary railway station — most train services for other cities depart from Staples Mill station in the suburbs. Moving around Richmond is generally easiest by car, especially at night. On-street parking is plentiful in most areas of the city, although there are no-parking zones.