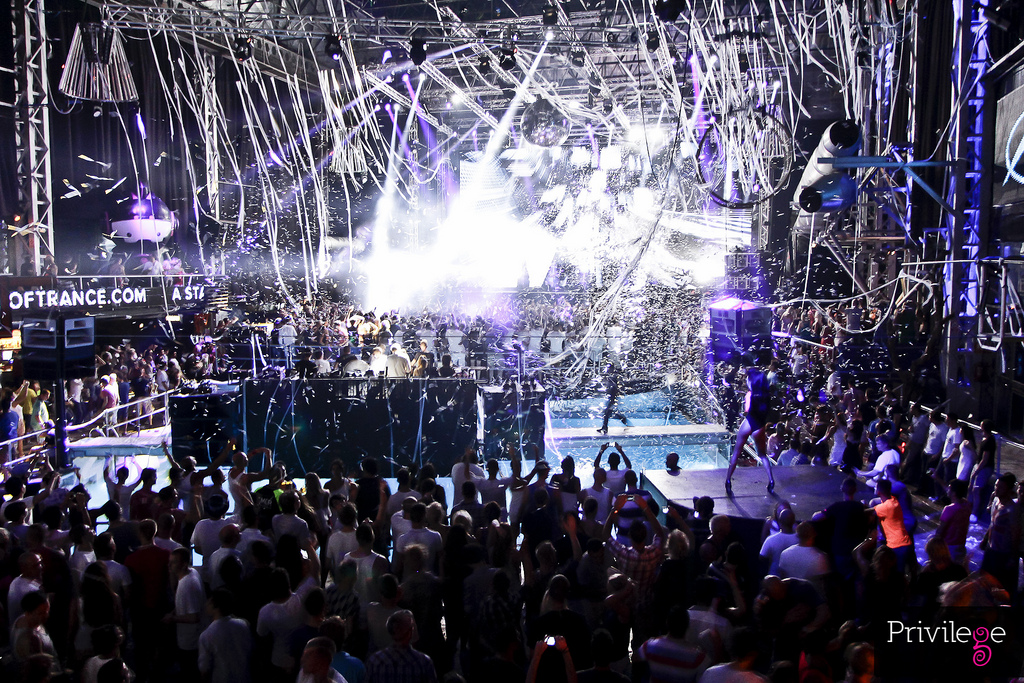 If you were looking for a dictionary definition of a superclub, Privilege is pretty much it. The hedonistic venue is integral to the story of the White Isle — having humbly started out in the seventies as Ku Club, a community swimming pool with a teeny bar, Privilege has expanded and is now (so Guinness says) the largest in the world. It now boasts a main room like an aircraft hangar — think confetti and CO2 cannons exploding under 25-metre-high ceilings — a grand total of 14 bars and a glass-encased second room, Vista, where you can enjoy a full peep of those Ibizan dawns.

Privilege boasts names as huge as its capacity, too (Carl Cox is bringing his Pure Carl Cox night to two slots at the San Antoni club this season) as well as its Resistance nights, which will soon see Sasha and John Digweed take charge of selections. While their ever popular SupermartXé and Paint Party nights drew a huge variety of selectors through the doors of the Ibizan institution during 2016, and there’s little doubt that the coming season will see much more of the same.