The Paradise Garage, also known as “the Garage”[1][2] or the “Gay-rage”,[3][4][5] was a discotheque in New York City notable in the history of modern dance and pop music, as well as LGBT and nightclub cultures.[6][7][8] It was founded by Michael Brody (its sole proprietor) and was located at 84 King Street, in the Hudson Square neighborhood. It operated from 1977 to 1987 and was the base for resident DJ Larry Levan[9].

The club’s name derives from its origins as a parking garage. The Paradise Garage’s business model was largely inspired by David Mancuso’s private, invitation-only DJ parties at The Loft in New York City: no liquor was served, there were no sales of food or beverages, and the club was not open to the general public.[10]

The sound system was developed, designed, and installed by Richard Long of Richard Long & Associates (RLA), and was said by club patrons to be the best in New York City at that time.[11] A distinctive style of dance music known as garage house or simply “garage” developed there. The club has been credited for its influence on the development of the modern dance club as it is in the 2000s; unlike other clubs of its time, the Paradise Garage was focused on dancing rather than verbal interaction, and it was the first to put the DJ at the center of attention.[11] It was known for its enthusiastic, yet unforgiving nature if a performer was struggling. Among the notable musicians who performed there were Diana Ross[12] and a young Madonna.[11] In 1979, Tim Curry released the album Fearless, containing the single “Paradise Garage”, whose lyrics narrate visiting the discotheque.[13][14]

Among those to benefit from what became known as “The Garage Sound” or “Garage Music” was Mel Cheren, who owned the New York label West End Records. West End’s successes included such hits as “Sessomatto” by Sessa Matto, “Hot Shot” by Karen Young, “Heartbeat” by Taana Gardner (remixed by Levan), “Do It to the Music” by Raw Silk, and “Don’t Make Me Wait” by the Peech Boys (produced by Levan). West End Records folded for a number of years, then re-opened in the late 1990s and released one of Levan’s DJ sets recorded live at the Garage.

The line to get in this joint !! 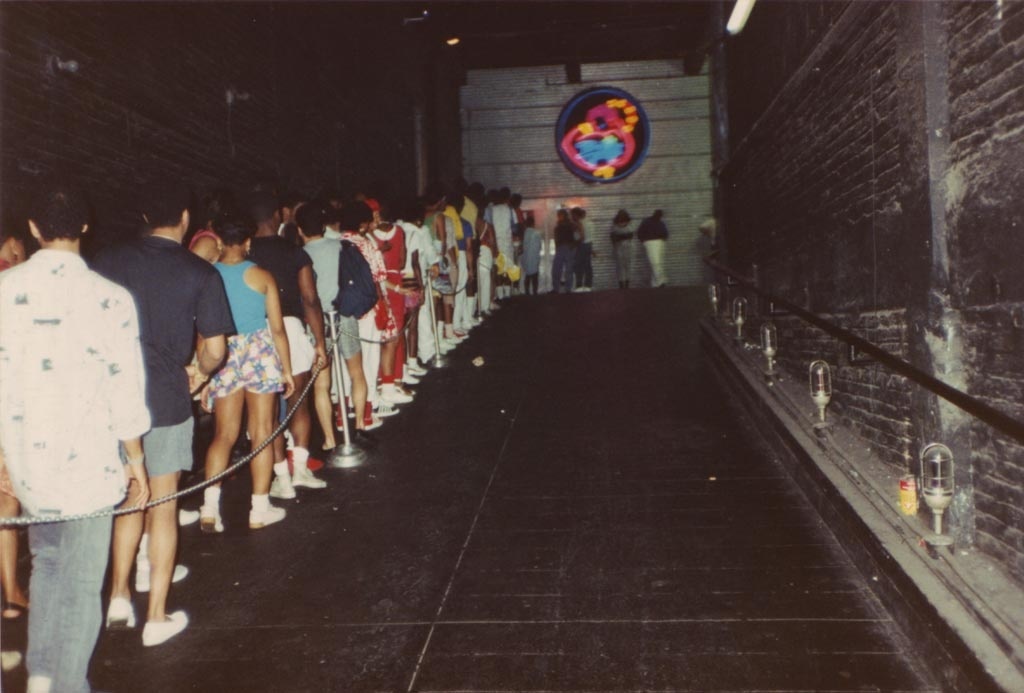 The unique and eclectic styles of disco and dance music played at the Garage gave rise to the descriptive terms “New York house”, “garage”, “garage style”, and “garage classic” to describe a record that was made famous at or is associated with the Paradise Garage. When the term “garage music” is used in reference to the Paradise Garage, it does not exclusively mean house music.

House music as a genre originated with the Paradise Garage’s house DJ Larry Levan and his contemporaries, Frankie Knuckles and Nicky Siano. These DJs played all kinds of music at the Paradise Garage so long as it was danceable; for example, The Clash and The Police, as well as traditional “disco” artists like Gwen Guthrie and Sylvester. Levan played music from different genres.

Notable performers who have played the Paradise Garage include: