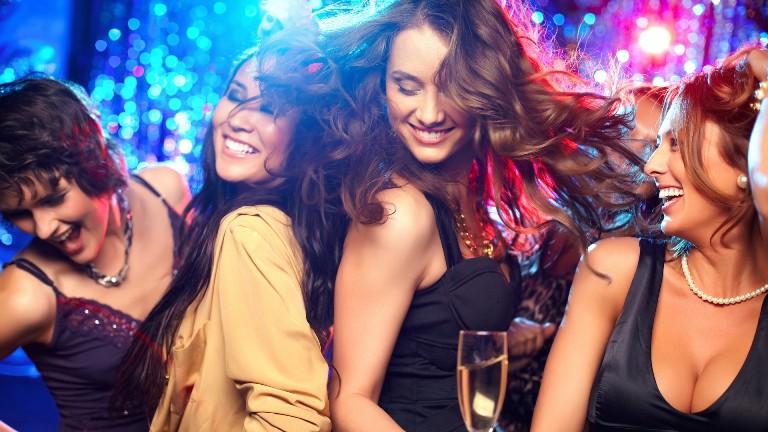 In business, smart executives know that they often have their best ideas when they’re not at their desks, when they’re out in the “real world”. Not only that, but the truly excellent among them understand that to deliver what customers want, they need to get as close to those customers as possible – “if you want to understand me, walk a mile in my shoes”.

Today I’m going to show you how this kind of thinking can make you a better DJ. It involves getting out of the DJ booth or your home studio a bit more often, but it’s more than that: It’s a whole new way of approaching your music discovery. It can help you avoid having to play chart music if you don’t want to, while at the same time avoiding becoming one of those DJs who plays sets nobody likes.

What I’m going to share with you is something the best DJs in small clubs, bars and lounges the world over already do in order to play creative, fulfilling DJ sets that they enjoy and that their crowds love. It’s simple, but it can revolutionise the way you approach your DJing.

Before I tell you exactly what I mean, though, let me outline the problem.

When you’re a “creative” DJ (as opposed to a mobile/wedding type DJ who has a different set of requirements), you realise you need to have a “better” music collection than the general public, right? That you somehow need to be more knowledgeable about new music, that you need to have “put the hours in” to build a great collection that you can draw on when you’re playing. It’s part of being an “original” DJ, isn’t it? We all know that.

The problem is that often the way we do this moves us too far away from the people we’re eventually going to end up playing this music to! Why? Because “normal” people don’t spend two days flat every week on Beatport, listening to obscure releases from about 50 different labels, shortlisting and buying stacks of tunes at once, then congratulating themselves on having a “great” collection. (This is just an example. Think hours spent on SoundCloud, etc, and all the other types of DJ behaviour that “normal” folk never engage in.) No, normal people get on with their lives, and music just kind-of seeps in. They get to hear some of it in clubs and bars, sometimes played to them by DJs – people like you. Friends recommend stuff. It can come from TV, from the car radio, from snippets heard in the street, from films and so on.

What I’m saying is that what “normal” people like and dislike is not shaped so much by trends or by conscious effort, just by music being a part of their environment. And trust me, even on the trendiest dancefloors, more people are like this than like music-fanatic DJs. (Nearly all the women, for starters.) So how can knowing this fact make me a better DJ, you may be asking? Surely I shouldn’t stop hanging around Beatport or SoundCloud and all the other things I spend hours doing in order to stay ahead of the curve with my music collection?

Drink from the same cup as your audience

No, I’m not! I’m proposing instead you do something in addition to this that I’ve seen and done and that I truly believe in. What is it? It’s building a system for getting the best of the music that’s “out there” in public, right now, into your collection – fast. I’m talking about the music that’s in the malls, on broadcast channels and on the tips of people’s tongues this second. The stuff everyone’s listening to without really realising it and that they don’t really know they like yet. There’s so, so much of it. You already like some of it (but just like the public, you don’t know it yet). But when you work out how to bag some of this stuff and start DJing with it, it’s solid gold for your sets.

I’ve observed time and time again that the DJs who firstly allow their environment to fill their heads with hooks, lyrics, beats and so on, and who secondly have a system for acting on that music, always play better DJ sets. (Don’t worry, we’ll get on to how to do this stuff in a bit.) You see, in music, “familiarity” can be just as important as “good”. And one problem with locking yourself away for hours on end to build your collection is that you’ve often got no idea when, or even if, that stuff you choose is ever going to get any public momentum behind it. Worse, by “consciously” trying to decide if music is good or not, you can make mistakes. Now you’re buying music that’s not very good, and that nobody else will ever become familiar with or care about. Floor-emptying stuff. Big mistake.

On the other hand, a lot of time and money goes into selecting unique music for films, shop soundtracks, TV ads and so on. It isn’t left to chance. Much of this stuff isn’t chart music (yet). Sure, commercial radio is, but that’s just the tip of the iceberg here. So by just being open to the music that surrounds you daily, you can bag “exclusive” tracks for your DJ sets that do the job on the dancefloor, often without resorting to filling your sets with chart fodder, or with the same dance tracks everyone else is playing.

Trust me, one good tune found this way is worth ten ill-considered specialist store purchases. And the beauty is, you’re already there! I am sure you watch films, go out to restaurants or cafes, hang out with friends in venues away from where you work, go to the mall and so on. You, too, are already acting like “normal” people do – the trick is now to “listen” to the music seeping into your life when you’re out and about and to allow this to influence your music collection.

How to do it

It can be as simple as making a quick note on your smartphone when you hear a tune on the radio you like. It can be Shazam-ing a house track playing in a clothes shop while you’re out shopping that grabs your attention, then heading off to find a remix of it that works in your sets as soon as you have time. It can be digging out the soundtrack of a film you enjoyed, or finding out what the music is on a TV ad when you like the voice of the singer.

Scoop up these “finds” weekly into a list, and use that for the basis of your discovery sessions. (Of course, music discovery and management is one of the core concepts of digital DJing, which is why we go into it in greater detail than is possible here in our How To Digital DJ Fast course.) A great thing about learning to discover new music like this is that when you’re busy doing other stuff, only the truly memorable music will jump out at you – the rest will sink back into the void and won’t waste your time. Your subconscious mind is doing some valuable filtering for you. (Suddenly, those two days spent on Beatport each week may not look like such a good investment after all…) At the very least, a shortlist found like this can tell you where to start looking in Beatport when inspiration has dried up.

Do you now understand why the best DJs (those who actually fill dancefloors in bars, lounges and small clubs in every city in the world week in, week out) are keenly listening in to what the public is exposed to? They know that in all of these situations, someone else has already done some of the work for them – getting a sound, a style, an individual track, lyric, melody, voice or beat out there in public, where it starts to seep in to the collective psyche. Where it starts to become familiar. They know that this means when they drop it on a dancefloor, even when people haven’t got a clue what it is, there’s a far better chance it’ll send the place crazy.

And once they’re rocking the floor with these well-chosen bombs that they seemingly plucked out of thin air? Well, then they’ve built themselves some trust with their audience, and therefore some space to drop some of those other tunes that they love that your audience may not have heard.

This, to me, is far smarter than mistakenly thinking that because you’ve put in the hours at a specialist online store or site, what’s arrived in your collection is therefore automatically excellent – and that it’s your audience’s fault if they don’t like your stuff. By simply acknowledging that part of your DJ sets should be constructed from music that’s infiltrating your city’s psyche right now, you’re going to play immeasurably better DJ sets, that please your crowds and give you a lot of satisfaction at the same time.