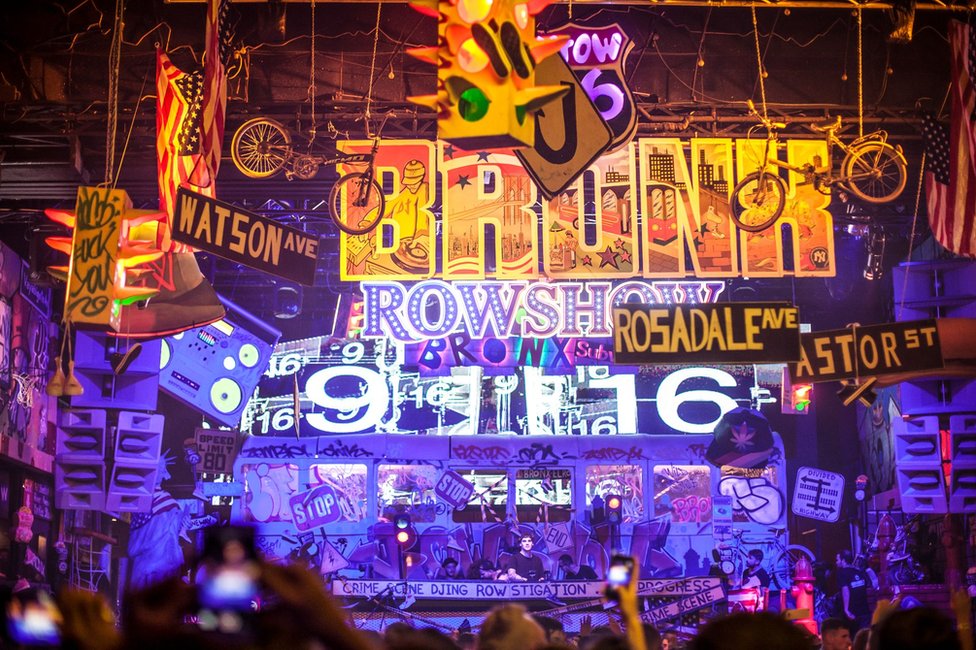 Over the years this spot, close to Barcelona’s airport, has been home to a farmhouse, a restaurant, and the legendary Fricht late night session. Things set out on a different path, mind, when Juan Arnau Duran took a hugely expensive punt and almost bankrupted himself to completely renovate the space. Row 14 was born, with Laurent Garnier booked for opening night, and the city’s scene would soon change forever. A little later and ‘slightly illegal’ morning raves started gaining momentum here, until authorities shut the parties down in November 2012. Months of inactivity followed, until again the shutters were raised to welcome clubbers for evening bashes, with the sunrise starts that are now the lynchpin of Elrow eventually returning on monthly Sundays, this time within the law. Cause for celebration; around 280kg of confetti will be thrown at revellers during an average season, wild décor changes theme every four weeks — from Bollywood to Brazil — and tens of thousands have now lost themselves inside and outside to high energy sounds from the likes of Seth Troxler, Pan-Pot, Joris Voorn, Eats Everything, and Marco Carola; not to mention revered ressies such as De La Swing, Tony Varga, and Marc Maya.