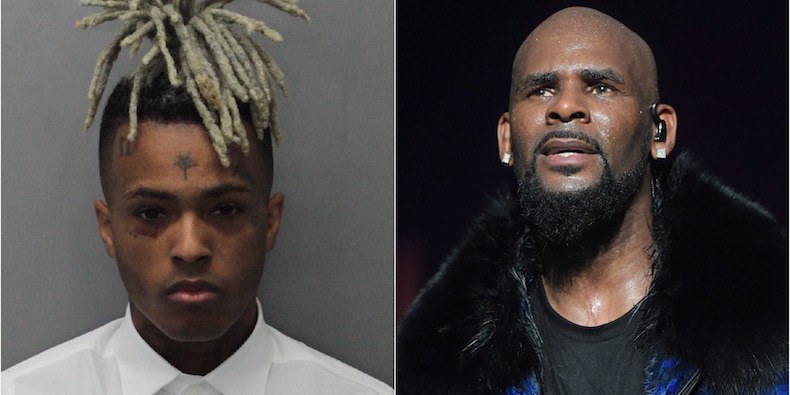 Spotify unveiled a new hate content and hateful conduct policy today, May 10. Under a new public policy, Spotify will not tolerate content that “expressly and principally promotes, advocates, or incites hatred or violence against a group or individual based on characteristics, including, race, religion, gender identity, sex, ethnicity, nationality, sexual orientation, veteran status, or disability.”

Included in these sanctions were R. Kelly and XXXTentacion‘s music, which were removed from Spotify’s editorial or algorithmic playlists on its service. XXXTentacion’s “SAD!” was No. 8 on Spotify’s flagship RapCaviar playlist, but Billboard confirmed that the song was removed. However, their music will still be available to stream on the platform.

In a statement released earlier today announcing the new policy and the subsequent removal of R. Kelly’s music, Spotify stressed that although his music will remain on the platform, the streaming company will no longer actively promote it. “We don’t censor content because of an artist’s or creator’s behavior, but we want our editorial decisions — what we choose to program — to reflect our values,” the company said. “When an artist or creator does something that is especially harmful or hateful, it may affect the ways we work with or support that artist or creator.”

Jonathan Prince, Spotify’s VP/Head of Content and Marketplace Policy, told Billboard, “When we look at promotion, we look at issues around hateful conduct, where you have an artist or another creator who has done something off-platform that is so particularly out of line with our values, egregious, in a way that it becomes something that we don’t want to associate ourselves with.” He added, “So we’ve decided that in some circumstances, we may choose to not work with that artist or their content in the same way—to not program it, to not playlist it, to not do artist marketing campaigns with that artist.”

0 Replies to “Spotify Removes R. Kelly & XXXTentacion From Its Playlists”