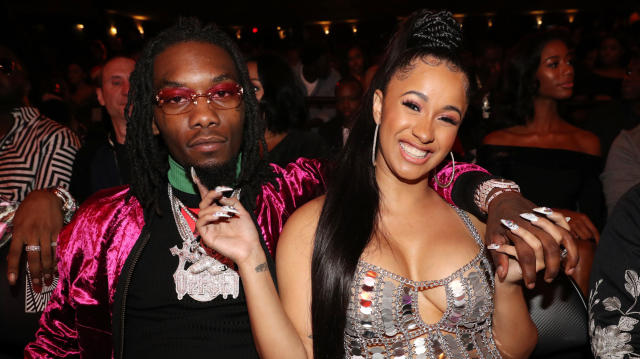 Rapper Cardi Bconfirmed she is pregnant with her first child during a performance on “Saturday Night Live” over the weekend.

In lieu of an official announcement, the rapper wore a white, custom Christian Siriano gown that showed off her baby bump. Shortly after her performance, she posted photos on Instagram thanking fans and celebrities like Rihanna and 50 Cent for their support.

“The love I’m receiving is overwhelming! I can’t thank you enough for always finding the time to share your support!! Thank you a million times @badgalriri,” the rapper wrote, reposting a picture from Rihanna. Cardi later posted an Instagram story ― now deleted ― that explained why she wanted to keep the pregnancy news under wraps for as long as possible.

“This is why i did not wanted to say nothing,” Cardi wrote in the post, which appeared aimed at people criticizing her pregnancy. “People be so thirsty to scrutinize and try to destroy something that [is] suppose to be a blessing.” Cardi is due the first week of July, according to TMZ. Her fiancé, rapper Offset, has children from previous relationships.

Cardi B (real name Belcalis Almanzar) and Offset (real name Kiari Kendrell Cephus) first collaborated on a song together in 2016, and reportedly began dating in February 2017. They got engaged in October, when Offset proposed onstage.