The duo’s surprise release, rooted far more in hip-hop than R&B, embraces their romantic bliss and phenomenal wealth as well as highlighting racism in the US 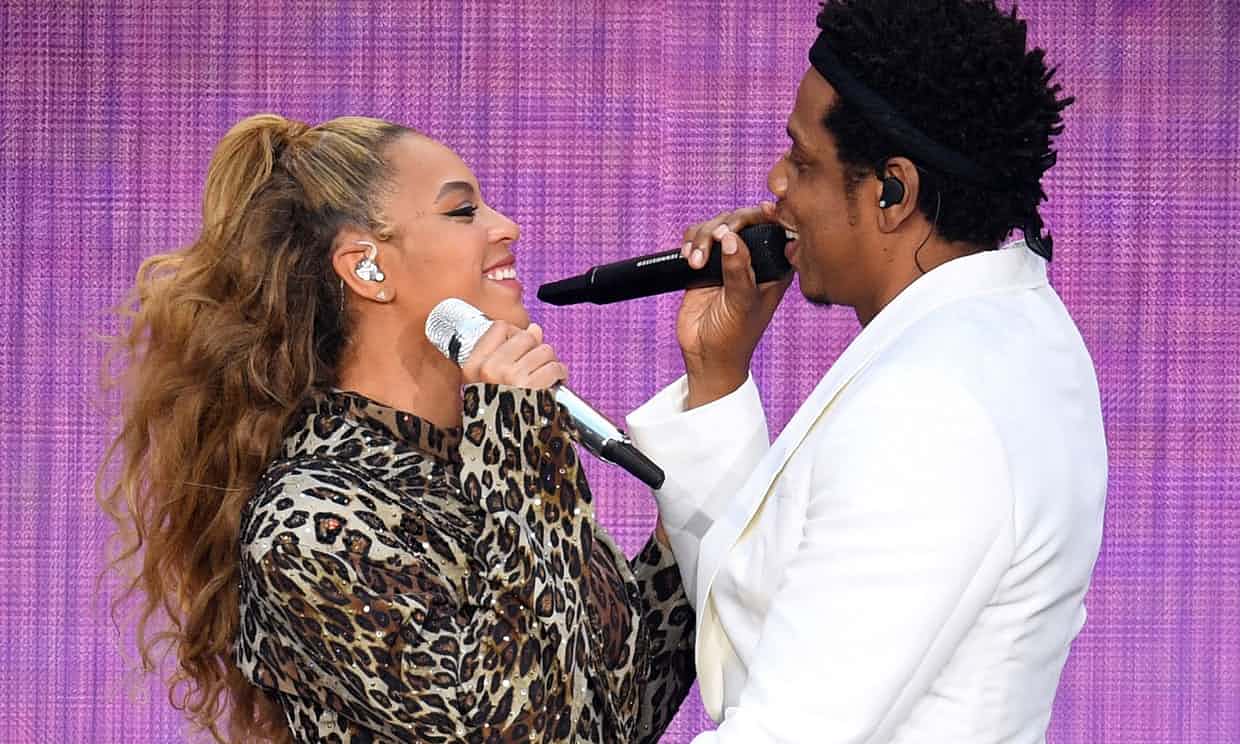 It may seem an odd thing to say about a record that’s a guaranteed smash hit, but there’s a sense in which Everything Is Love represents a rather dicey undertaking, and not merely because it features Beyoncé rapping more heavily than it features Beyoncé singing. It’s clearly intended as the third part of a trilogy. After Lemonade, her album packed with hell-hath-no-fury revelations of infidelity and emotional ruin, and 4:44, his album of agonised mea-culpa guilt, comes the joint album affirming Beyoncé and Jay-Z’s renewed romantic bliss. “We broke up and got back together,” raps the latter on the closing Lovehappy. “Now we’re happy in love,” adds his wife.

Its very existence runs the risk of making the two releases that preceded it seem less like urgent, brave exorcisms of pent-up emotions – the duo’s equivalent of Blood on the Tracks or Here, My Dear, albums their authors felt they had to make “almost like a therapy session” as Jay-Z put it last year – than stages in a carefully premeditated plan to wring as much capital out of the couple’s nuptial discord as possible. It doesn’t take away from the musical contents of those preceding records, both artistic highlights in their respective makers’ oeuvres. But it does make them look a little more obviously calculated, very clearly underlining that the whole business is as much an exercise in brand management as soul-baring artistry.

But, even if you tend to a cynical view, it’s hard not to boggle at the imposing and authoritative way it’s all been executed: from the sudden arrival of Lemonade, with its deft interweaving of relationship despair and black womanhood, to the joint tour currently packing stadiums around the world. And besides, as Everything Is Love keeps emphasising, Jay-Z and Beyoncé don’t care what you think. Presumably realising that an album full of them making gooey eyes at each other might be a little sickly, the topic of their patched-up relationship is more or less confined to its opening and closing tracks, where, it has to be said, it’s dealt with skilfully. 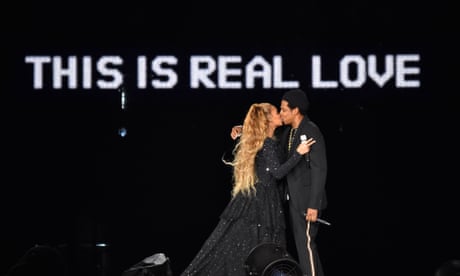 Fuelled by the musicians from New York’s Daptone label doing their best impersonation of a late-60s soul band, Summertime undercuts its amorous tone – “Let’s make plans to be in each other’s arms” – with a rap from Jay-Z in which his romantic reverie is haunted by grim memories of summer nights filled with violence in the Marcy Projects. Meanwhile, on Lovehappy, the pair trade lines in a way that’s charming and witty rather than cloying, particularly when the old bete noire of Becky With the Good Hair makes another appearance. “You’re lucky I ain’t kill you when I met that B …,” raps Beyoncé, but the name is cut off by her husband wearily interjecting: “All right, all right.”

Elsewhere, there are occasional jabs at the racism of the American police and legal system, not least on Black Effect, with its references to Trayvon Martin and the 60s civil rights movement. But, for the most part, Everything Is Love concentrates on hymning the imperial nature of the Carters’ success, how untouchably prosperous and magnificent they are. An entire song is devoted to emphasising that even their friends are “better than your friends”. If listening to Jay-Z and Beyoncé bragging about their wealth and all-round wonderfulness is substantially less interesting than listening to them pick over the flaws in their relationship, at least it’s usually done with real wit and spark. And Beyoncé turns out to be pretty great at rapping. “My great-great-grandchildren already rich,” she snaps on Boss. “That’s a lot of brown children on your Forbes list.”