After 10 years, Magix has delivered an update:- 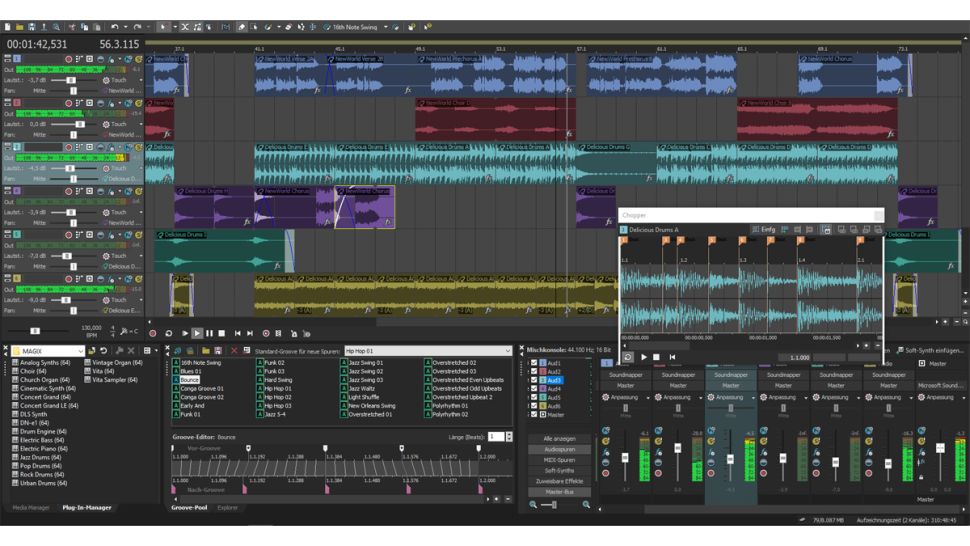 It’s been almost ten years since the last major update to Acid, the original loop-friendly DAW, so it’s fair to say that the software has been due some love for a long time. Now in the hands of Magix, which acquired the application from Sony Creative Software, it looks like it’s finally got it, for version 8 has now been released.

Thankfully, the interface has been given a much-needed revamp, with the old ‘Windows 95’ look replaced with a “sleek and modern” GUI that’s designed to work well in dimmed environments. The software now has a 64-bit architecture, and you can make 24-bit/192kHz multitrack recordings. Advanced MIDI and audio editing features are also promised.

Magix says that Acid Pro 8 comes with more than $1000-worth of plugin instruments and effects, including the DN-e1 virtual analogue synth, Vintage Effects Suite, Vandal guitar processing plugin and Vita 2 sampler. You also get a 9GB library of ACIDized loops and samples.

“Acid Pro has a long, distinguished history and a very large and loyal following,” says Torsten Heise, Acid Pro 8’s product owner. It was vital, then, that we spent a long time consulting with this Acid community of artists and producers over how we should improve the software. We are very pleased that most of their suggestions have been included in Acid Pro 8. This enormous passion of the Acid fan base has really transferred to me and my team.”

“We firmly believe that, with its enhanced power and features-set, this latest version of Acid Pro will appeal to those users and a completely new generation of creative musicians and professional producers. Acid Pro 8 heralds a new dawn in the software’s glorious history and will become the DAW of choice for today’s forward-thinking and creative artists.”

All of which sounds promising, but the real devil will be in the detail, and it remains  to be seen if Acid will ever be able to make up the ground that it’s lost to the likes of Ableton Live.

You can buy Acid Pro 8 outright for $149, while a subscription fee of $7.99 a month gets you access to the software and updates.  The software remains Windows-only.

0 Replies to “Acid Pro 8 is finally here, but has the DAW world moved on?”