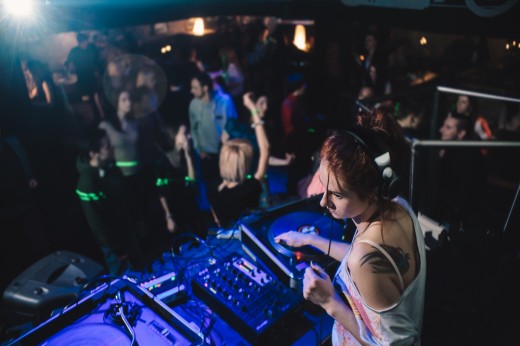 his is a guest article written by Matthew Owen Reininger, an educational technologist and DJ/turntablist.

It’s hard work becoming a professional DJ. By professional I mean a DJ who gets paid for the work they do. Whether it’s $50 or $500 for your set time and whether it’s for a crowd of 30 or 3,000; if this is you, you should consider yourself a professional DJ. And to all my fellow professionals, and especially for those readers who are aspiring to become professional DJs, I ask you all to consider never “paying-to-play”, or (more commonly) playing for free just for the sake of “exposure”, when you are asked to DJ for a promoter or venue who is making money from your audience.

In a recent article titled Slaves of The Internet, Unite, the author, Tim Kreider, argues that because of the democratisation of the Internet, there are more platforms for aspiring writers to publish to. Many online publications compete with each other for clicks, and the editors of these online publications entice aspiring professional writers to submit their work for free, being told will get paid with “exposure” rather than actual money.

Now, while that piece focuses mostly on writers and internet publications, I can’t help but find a parallel in the world of professional DJing. I want to be clear: I am not speaking to bedroom DJs who do what they do out of pure passion, sometimes (or mostly) playing for their friends at small or large parties where there are no business dealings involved, just good times. I am also not speaking to aspiring DJ / producers whose aim is to be recognised for their work as studio musicians.

Why playing for free is understandable… but wrong

My point revolves around aspiring professional DJs who are trying to break into their scenes, and who simply aren’t aware that by not asking to be paid in cash, they will inadvertently devalue the hard work that all professional DJs do, both novice and pro. It is completely understandable that eager, inexperienced DJs want exposure, and that digital DJing tools and digital music files have made the scarcity and financial barriers to DJing all but disappear – something that I think is great.

However there is a real, factual, elephant in the room here, and that is: Supply and demand. With so many digital DJs now pining for the opportunity to perform for a dancefloor / audience, it makes sense that venues, being the businesses that they are, ask for the most value and quality from the person who is willing to work for the least amount of money. This is standard business practice across the free-market world, right?

I have first-hand experience of the results of this. About four years ago I began to experience club managers attempting to renegotiate my fees. When I wouldn’t agree to absurd new rates, they reduced my hours to just take a prime slot, having other DJs playing before and after me. I asked why and management told me it was in an attempt to save money and continue justifying not charging a cover. I was curious as to why hiring other DJs instead of me saved the club money, so I asked the eager new DJs whether they were being paid. Yes, they said, they definitely were – in drink tickets!

But the thing, is DJing is hard work. I know that, and so do you. Sure, it’s absolutely invigorating work – but it’s still work. So is professional painting, drumming, dancing, or acting, where you try to master your craft in order to entertain others. I think we all should think about DJing as “work”, when you play a set in a club to entertain a crowd, for the purpose of generating business for the promoters or venue who hired you. You may be doing what you love, but your audience’s money is changing hands behind your back, and you are a major part of what is fuelling the spending at the venue you’re spinning for.

Some may argue that playing for free in a clubs is similar to unpaid internships. This may be true, but I believe unpaid internships are shady to begin with – again, if you are producing something that makes the company money. There have been major lawsuits over this issue. Couldn’t the same be said for a promoter or venue in which DJs play, when money is indirectly made off their backs?

Why we should cooperate, not compete

Here is the crucial part, and what has lead me to write this: Yes, we all may have our own styles of DJing. Sure, we may be competing for gigs at the same venues in our own cities, towns or villages. But in the end, we all are responsible for making sure that as professional DJs (not famous superstar DJs, just DJs who want to make a modest living from their art/craft), we look out for ourselves and our DJ community.

Sometimes we compete, but sometimes we help each other out too! I have landed many gigs due to recommendations from other DJs. Sometimes it’s a cooperative, not just competitive business. So, when we don’t bargain together for what’s fair, then the lowest bid among us gets the job. It is simple economics, and not a matter of what is ethically correct. If I own a venue and want to make money, I will hire the DJ who has the lowest rate (assuming the DJs I am choosing between can all carry a dancefloor and/or keep the bar full, of course).

Kreider writes: “I know there’s no point in demanding that businesspeople pay artists for their work, any more than there is in politely asking stink bugs or rhinoviruses to quit it already. It’s their job to be rapacious and shameless. But they can get away with paying nothing only for the same reason so many sleazy guys keep trying to pick up women by insulting them: because it keeps working on someone. There is a bottomless supply of ambitious young artists in all media who believe the line about exposure, or who are simply so thrilled at the prospect of publication that they’re happy to do it free of charge.”

As DJs we are all competing for a limited amount of spaces and time slots at venues, but I truly believe all of us have a responsibility to all our DJ colleagues in our community / scene. This responsibility is to keep our craft valuable. The price of something only stays as high as it does because people are willing to pay for it. If some DJs are willing to play for nothing, it hurts your larger DJ community. This is because it devalues the art form.

If the social norm is “these newbie DJs can play for free until they earn to be paid by bringing heads through the door”, then the creative work what we do is only as good as how many people are in attendance to spend money. Well then, maybe DJs should get paid in accordance to how much the venue makes? I am not sure that this is the answer but at least it makes more sense than just accepting exposure as compensation.

And there’s a flaw in that “exposure” logic too. If a venue manager or promoter says you will be compensated with exposure, then how can he / she guarantee that you are seen if only a few people walk in the door? Their offer is an even more one-sided deal! The bottom line is you should “earn” money if club is earning money. It’s only decent that you should.

So what should you do instead to get booked?

When I started out, I couldn’t get a gig in a club or bar/lounge in Miami. In order to gain experience and exposure I would throw impromptu dance events which were free, and provided a space for people to dance and have a good time, all while I DJed the party. I did this a few times until I took the party onto public transportation which got the attention of a few promoters who then ended up asking me to partner with them on a weekly party at a small club. I hustled from there – but I never undercut another working DJ, and I never will. I may not know you, but I respect what you do. It’s hard work!

I think the trick is to add value. Start attracting attention online with mixes, mash-ups, and remixes. Create your brand and ask your friends to come out and support you. Tell the venues or promoter that you will help promote as well as just DJ. Create strong online social networks to prove your value in that regard. You should build a network of followers to support you where you play to justify what you are paid (at least in the venue’s eyes) since your followers are the patrons.

Another possibility is that you could ask for pay – a very nominal fee – and make arrangements that as attendance increases on the nights you play, you get an increase in your fee. That way you are tied in directly with the business of the venue; you aren’t just hired talent, but you become part of the business operation. This builds morale (along with a hopefully increasing pay cheque) for all the people who stand to do well from a successful night. It sure beats compromising on getting paid for the work that you do.

It’s hard, but this is the alternative…

This can all be hard for a DJ without much professional experience. It can be intimidating to negotiate and it’s much easier to offer your services for free and see if the venue thinks you have what it takes. I believe most of us become principled later in our careers. But just remember that your actions now could set precedents for later which may forever cause the regular-gigging professional DJ not to be paid a living wage.

There are so many of us digital DJs that venue managers and promoters have the luxury to keep charging little or nothing for inexperienced – but promising – young DJs, and forcing many veterans to reconsider DJing as a full-time gig. This practice might eventually turn these gigs into “DJ mills”. As soon as another young promising DJ talent comes along offering to play for free (assuming you’ve started to get paid), you may be out of a fee. But as I’ve repeatedly said, this job is hard work, and still worth much more than exposure alone. I do hope it doesn’t one day become completely devalued. I suppose the choice is ours, as DJs, to make.

0 Replies to “Why DJs Shouldn’t Play For Free”