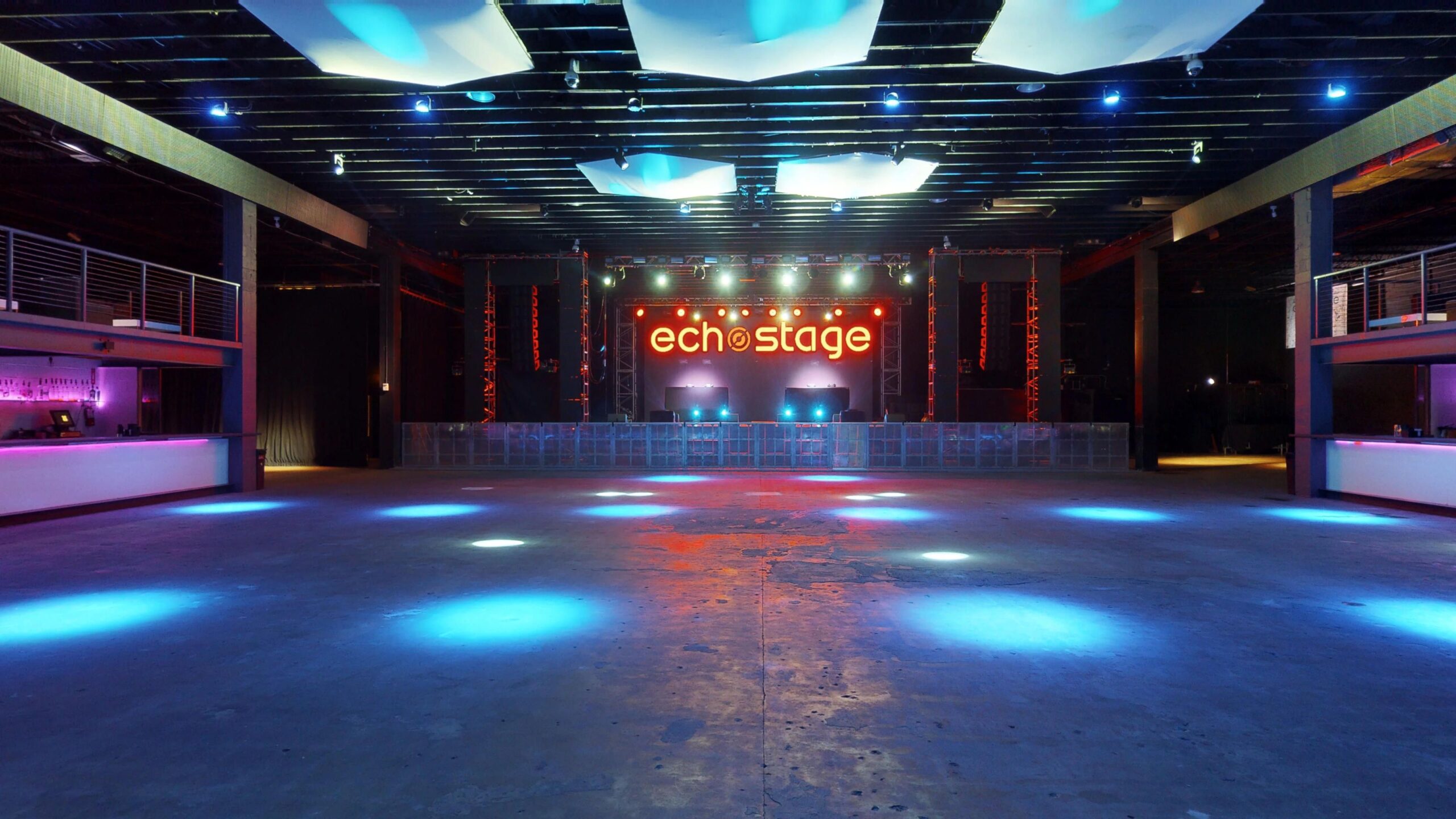 The team behind GLOW, D.C.’s longest-running EDM promotions company, opened Echostage in September of 2012 to satisfy both the increasing number of EDM fans and the technical demands of DJs and live acts. Created as a nightclub/concert venue hybrid, the building was initially chosen for the large main room and unobstructed sightlines — the perfect canvas for creating an unparalleled immersive environment.

Currently, they have a D&B V-Series audio system, a 14 by 40 foot LED screen, cryo jets, intelligent lighting, and confetti cannons, which combine to give a performance-centric production that mimics an outdoor festival experience. While that’s always been their ethos, they’ve focused on upping the ante over the past year, expanding their LED panels and number of lasers. It’s no wonder they host the best of the best — the past year has seen Mashmello, DJ Snake, Armin van Buuren, and Diplo come through their doors — and why they’re one of the most coveted locations on the East Coast. Essentially, Echostage caters to the festival snob, the club snob, and the music snob, so no matter where you lean on the entertainment scale, you’re sure to fall in love with this venue.